Sports Stars & Celebrities Use It!

Dr. Oz did a segment on Oprah on extending your live and anti-aging.

While sports stars and celebrities have been getting oxygen therapy for years, Dr. Oz never tried it…until now! After an hour—the usual treatment time—Dr. Oz comes out of the chamber feeling more alert and jazzed up.If you’re looking for a simple way to extend your life span, Dr. Oz says to look no further than your nearest hospital…or Texas Sports Hyperbarics for hyperbaric oxygen therapy, a treatment Dr. Oz calls a potentially great longevity tool since it keeps stem cells healthier so they can repair our bodies.

“It’s a pretty cool feeling. It’s like being in a sub, or if you’re a scuba diver, that’s what it feels like when you get pressurized,” he says. “A lot of folks might equate it to being in a plane. Your ears begin to pop.”

The hyperbaric chamber may look high-tech, but the concept is pretty simple. When you take oxygen and pressurize it in a tube, Dr. Oz says the oxygen is forced into a person’s cells. “It gets me to mobilize stem cells from my bone marrow,” he says. “It gets those cells moving along so it goes out to heal areas. In some parts of the body, like the brain, where you don’t always have a lot of oxygen in the tissues, it might improve memory. It might play a role in making those cells which have energy factories function more efficiently.”

“They should usually be used in a hospital with folks really watching what’s happening,” he says. “You have to wear 100 percent cotton, because it’s oxygen in there, and oxygen’s combustible. If you have synthetic fabrics, those fabrics can rub and make a spark.

If given the opportunity, the body has the ability to diagnose and repair itself naturally.

Hyperbaric Oxygen aides in that process!

Dr Oz hosted a segment on Oprah about “How to Live Longer and Live Well”.  He got in the same chambers that we have here at Texas Sports Hyperbarics.

He discussed the clinical reasons why taking hyperbaric oxygen treatments on a regular basis is good for you!  One of the biggest reasons it detoxification.  The oxygen under pressure actually aides  the body in the elimination of excess fluids and swelling and with that release of inflammation, harmful chemicals and toxins are carried out of the cells and out of the body. 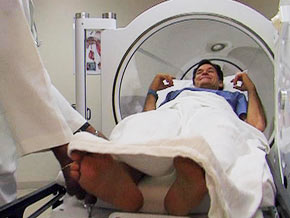 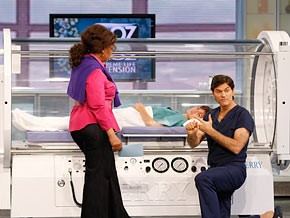