Exposure to radiation is the cause of soft tissue radiation damage or radionarcrosis. Upon exposure to radiation, the tissue starts to become damaged and results in the proliferation of cells lining the small arteries and capillaries (proliferative endarteritis). When this happens, blood flow to the tissues decreases, because the blood cannot travel effectively through these arteries. This leads to progressive ischemia (lack of oxygen and nutrients) of the affected tissues. These tissues, though damaged, can still survive. However, the appearance of an inciting agent, such as trauma or infection, causes the tissues to die. The surrounding area (not exposed to radiation) may also exhibit some form of damage. Our Hyperbaric Oxygen Therapy (HBOT) can help with this issue.

What is radiation Therapy?  The use of high-energy radiation in order to shrink tumors and/or kill cancer cells in the human body. This is accomplished thru X-Rays, Gamma Rays or Charged Particles (types of radiation) under the detailed management of a trained / qualified physician.

These types of radiation may be delivered by a machine outside the body, or it may come from radioactive material placed in the body near the cancer cells also known as Systematic Radiation Therapy – A type of radiation therapy in which a radioactive substance, such as radioactive iodine or a radioactively labeled monoclonal antibody, is swallowed or injected into the body and travels through the blood, locating and killing tumor cells.

Cancer cells whose DNA is damaged beyond repair stop dividing or die. When the damaged cells die, they are broken down and eliminated by the body’s natural processes.

Does Radiation Therapy Kill only Cancer Cells? No, radiation therapy can also damage normal cells, leading to many side effects.

How can Hyperbaric Oxygen Therapy (HBOT) help you in your Radiation Therapy Recovery? Under normal circumstances, oxygen is transported throughout the body only by red blood cells. With HBOT, oxygen is dissolved into all of the body’s fluids, the plasma, the central nervous system fluids, the lymph, and bone and can be carried to areas where circulation is diminished or blocked. In this way, extra oxygen can reach all of the damaged tissues and the body can support its own healing process. It is a NATURAL, NON-INVASIVE and PAINLESS treatment.

A Study on HBOT and Radiation Therapy Recovery

Patients with refractory radiation proctitis were randomized to hyperbaric oxygen at 2.0 atmospheres absolute (Group 1) or air at 1.1 atmospheres absolute (Group 2). The sham patients were subsequently crossed to Group 1. All patients were re-evaluated by an investigator who was unaware of the treatment allocation at 3 and 6 months and Years 1-5. The primary outcome measures were the late effects normal tissue-subjective, objective, management, analytic (SOMA-LENT) score and standardized clinical assessment. The secondary outcome was the change in quality of life.

Of 226 patients assessed, 150 were entered in the study and 120 were evaluable. After the initial allocation, the mean SOMA-LENT score improved in both groups. For Group 1, the mean was lower (p = 0.0150) and the amount of improvement nearly twice as great (5.00 vs. 2.61, p = 0.0019). Similarly, Group 1 had a greater portion of responders per clinical assessment than did Group 2 (88.9% vs. 62.5%, respectively; p = 0.0009). Significance improved when the data were analyzed from an intention to treat perspective (p = 0.0006). Group 1 had a better result in the quality of life bowel bother subscale. These differences were abolished after the crossover.

Hyperbaric oxygen therapy significantly improved the healing responses in patients with refractory radiation proctitis, generating an absolute risk reduction of 32% (number needed to treat of 3) between the groups after the initial allocation. Other medical management requirements were discontinued, and advanced interventions were largely avoided. Enhanced bowel-specific quality of life resulted.

We are dedicated to providing the most advanced and effective therapy available today.  In our elite Hyperbaric Clinics , all of our expert services are provided in a luxurious, private setting by certified, experienced technicians and multi-disciplinary physicians. 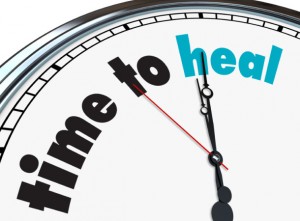