The CDC speculates that because the condition mimics so many other illnesses, the actual number of people with Lyme disease may be 5 to 10 times higher than the estimated 150,000 of reported cases coping with the disease.

Lyme disease is caused by the bacterium, Borrelia burgdorferi, which is transmitted to humans by infected deer ticks.  While short term sufferers of Lyme report symptoms including bull’s-eye rash, fever, flu-like symptoms, migraines, fatigue, muscle and joint aches, a large number of cases are misdiagnosed and quickly develop into a more serious condition known as late disseminated Lyme.

MEGAN was one of those patients.  CLICK BELOW to see her videos BEFORE and AFTER hyperbaric oxygen (HBO) was added to  her traditional therapy.

CALL US TO HEAR HER COMPLETE STORY TO RECOVERY!  When Megan first arrived at Texas Sports Hyperbarics, she couldn’t walk at all without help. The first video was actually taken after three HBO treatments.

Late disseminated Lyme comprises many debilitating symptoms and has been considered difficult to treat in the medical community.  Symptoms include fever, flu-like symptoms, migraines, fatigue, muscle and joint aches seen in early stage Lyme, but are also accompanied by immune system dysfunction, nervous system abnormalities, chronic axonal polyneuropathy, or encephalopathy, cognitive disorders, sleep disturbance, personality changes, and cardiac problems.  While the condition is not considered fatal, symptomology is so severe that the many patients are bed-bound.

Due to the vast range of symptomology present in Lyme, often times patients are misdiagnosed with fibromyalgia, chronic fatigue syndrome, diabetes, multiple sclerosis, depression, or even arthritis.  In addition, there is not one diagnostic test for the condition, further complicating a diagnosis and proper treatment.

Hyperbaric Oxygen Therapy (HBOT) has been used more and more frequently in the past decade to treat Lyme disease.  A ground breaking study published by Dr. William Fife of Texas A&M University, demonstrated dramatic improvements in overall condition of Lyme patients treated with hyperbaric.  Hyperbaric has been shown to reduce pain significantly, modulate the immune system, increase energy, alleviate sleep dysfunction, and reduce cognitive impairment.  In most cases, patients are also able to discontinue use of antibiotics or other pharmaceuticals.

Hyperbaric oxygen treatments infuse the body with oxygen, increasing O2 levels by up to  12 Xs in body tissues through the increased pressure.  Borrelia burgdorferi, the bacterium that causes Lyme are consideredmicroaerophilic, needing small amounts of oxygen to survive, but dies in the presence of abundant oxygen.  Hyperbaric also acts as an immune modulator and allows organ and gland functionality to normalize, reducing many debilitating Lyme symptoms.  Because the chambers pressurize the atmosphere, hyperbaric acts as a detoxifier as well.  By forcing oxygen into the tissues through this pressure, toxins, chemicals and other impurities are forced out.

The aim of this study was to determine if hyperbaric oxygen treatment (HBOT) could be used as adjunctive therapy and if HBOT could increase the quality of life in such a way that the functional status would improve in patients with an infection. A randomized, controlled trial was conducted on 15 Mycoplasma sp. infected patients with CFS (CDC criteria ’94) and 14 CFS patients with no evidence of a Mycoplasma infection [who] were enrolled in a convenience randomization sample from our referral clinic. No statistical differences were found by use of univariate repeated measures although Bodily Pain as measured by the SF-36 seems to decrease after hyperbaric therapy (p=.010).

Trends were found using paired t-testing for Mycoplasma infected CFS patients. The general perceived fatigue seemed to decrease after hyperbaric therapy (p=.06). Directly after one week of hyperbaric therapy, general fatigue improved (p=.03) but there was a reduction of activity (p=.05) and general perceived health (p=.04). One month later the physical role scores increased (p=.07). More marked improvements were found in the subset with mycoplasma.

Chronic Fatigue Syndrome
The etiology of CFS is still not entirely clear, and has been suggested as an infection in it’s own right, or as the sequel to other infections or neuro-toxic insults: notably Epsteen Barr Virus (EBV) and allergic reaction to a number of substances including, but not limited to silicone, chemical crop sprays, and petroleum products.

In any event, the mechanism in physiology which causes the symptoms of chronic fatigue is insufficiently understood but can be explained by the following hypotheses or postulate which is put forward on the basis that it explains both the mechanism and the therapy. Muscular and other cellular activity requires energy, and this in turn requires glycolysis which relies upon the burning of blood carried sugars with blood carried oxygen. The release of energy by this chemical process produces wasted chemicals, notably lactates, and these in turn impose the symptoms of Fatigue until they are fixed and removed by the same blood chemistry. This is the Krebb’s cycle normal to all life.

In the ordinary way, oxygen is transported to the body cells by this chemical cycles in which it combines with hemoglobin in the erythrocytes of the blood stream, and the same chemical (HGB) also removes and fixes the waste lactates for disposal as carbon dioxide into the pulmonary system. In order to flow through the venous system, erythrocytes (RBC’s) must be deformable in that they are larger in diameter than the veins in which they must travel. This is to ensure that a maximum surface contact area is available. In cases of Chronic Fatigue, either the internal pressure in the RBC’s, or in a percentage of them, is elevated, or the permeability of their cell walls is lowered, or both. The result is that these RBC’s are not able to deform and travel in the micro-circulatory system. This deprives the cells of oxygen, and allows accumulated lactates to produce the symptoms of Chronic Fatigue.

CONCLUSIONS:
The hypothesis can be supported in that if you exhaust a fit subject, his or her RBC’s will behave as above roughly in the same percentages as the subjects proportionate fatigue but will recover to normal as the subject recovers. The Chronic Fatigue patient’s blood on the other hand will remain abnormal in this aspect, and the patients will remain fatigued.

TREATMENT:
Hyperbaric oxygen therapy at 2.4 ata produces an increase elasticity in the RBC’s and at the same time seems to reduce the Delta P between their contents and the surrounding medium. There is also a probability that the dissolved oxygen in the plasma may oxidize whatever substance is the responsible for the decrease in RBC cell wall permeability. Certainly, the immediate effect of hyperbaric oxygen therapy is to relieve the cellular hypoxia that is a feature of chronic fatigue syndrome. Sixty minutes of treatment every day for five days followed by weekly treatments prn seems to resolve them completely in the majority of patients, and eventually to resolve them completely. 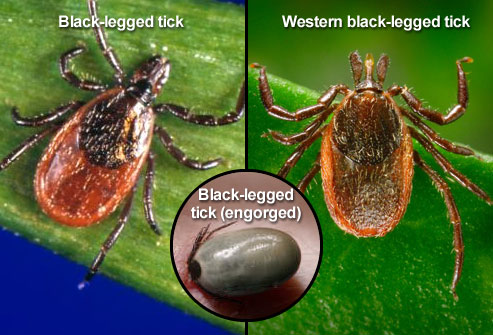